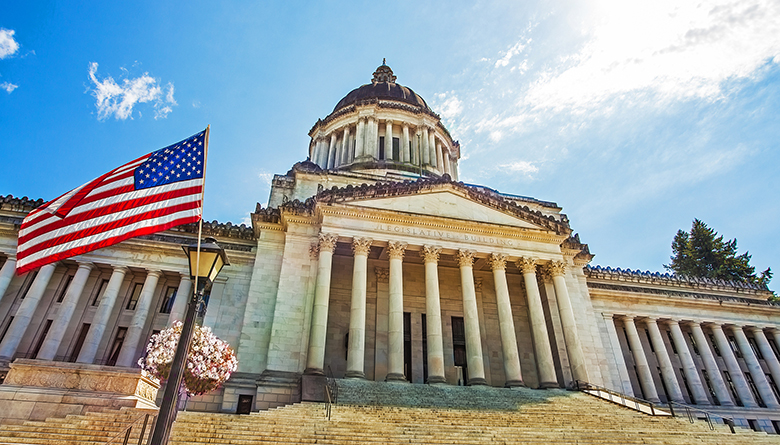 For sheer power and influence in the national business and economic ring, the Seattle area punches way above its weight class. The concentration of nationally, even globally, significant companies based here would be impressive for a much larger metropolitan area.

In the national political realm, however, the region the whole state, in fact is largely a no-show. No one from this state has served as president or vice president. The speaker of the House is third in the line of presidential succession, and can be a position of influence, or at least prominence, depending on who has the job.

Washington state has had one congressman serve as House speaker, but his name is more the stuff of trivia questions than political lore. Well save you the trouble of looking it up. It was U.S. Rep. Tom Foley of Spokane, and his was not an overnight tenure (1989 to 1995). But voters in his district thought having a local in such a high-profile position mattered so much that they voted him out of office in 1994.

Washington hasnt had a presidential candidate of significance since Henry Scoop Jackson tried in 1972 and 1976. In his second attempt, he won some primaries, but with a crowded field and the messy aftermath of the Watergate scandal, it was a one-term governor from Georgia who captured the nomination and ultimately the presidency.

Its already different in one aspect. Washington has two potential participants in the presidential race. Gov. Jay Inslee is already declared, and former Starbucks Chief Executive Howard Schultz is contemplating a run as an independent.

Those candidacies may not translate into either success for the individual or increased political sway for the state. Thats partly on the candidates themselves. Inslee is a virtual unknown, running on a one-issue platform in an already overcrowded field. With the party in shiny object of the week mode, and with Inslees limited record of getting his agenda passed, even in his own state the odds of getting much notice from or traction with voters elsewhere are long.

As for Schultz, running for president as an independent is a tough gig, even without a legacy generously termed mixed and complicated. Just the Starbucks portion has its nuances, with the companys growth and commercial success balanced by the local-vs.-national retailing debate and the bizarre campaign to force baristas to discuss race relations with customers who were just trying to get their morning coffee. Given the mixed sentiment just in his adopted home state with the Seattle SuperSonics debacle, Schultz cant even claim favorite-son status with voters.

Inslee and Schultz as candidates also will be punished by the fact that Washington is so assuredly a vote for whomever the Democrats nominate that theres no political gain to having a candidate from here as opposed to one from a swing state. Thats too bad from Washingtons perspective in this regard: The state doesnt get to promote its regional interests (presuming, of course, that either Inslee or Schultz bother to mention them).

Iowa is a smaller state, but by being the first to hold a vote that matters, it gets to force candidates to swear their undying love for corn-derived ethanol an issue almost nowhere else in the country. Put Washington ahead of Iowa or New Hampshire and let the tap dancing begin on issues such as subsidies for Boeing, support for apples and wheat, protection for the software industry, or the future of the Bonneville Power Administration and the hydroelectric system.

More likely, however, is that Washington will continue to be a business and economic power but a political weakling. Can you say a state will fade into political obscurity when it never emerged in the first place?