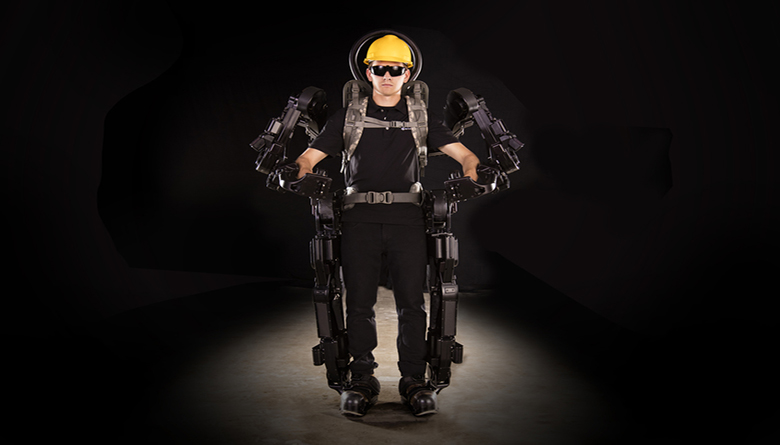 It seems like something straight out of director James Camerons 1986 Aliens flick, in which actress Sigourney Weaver sports an exoskeleton suit to battle a multi-jawed extraterrestrial bent on using humans to incubate its offspring. But a recent agreement between Sarcos Robotics and the Puget Sound Naval Shipyard & Intermediate Maintenance Facility (PSNS & IMF) proves once again that yesterdays science fiction is todays science reality albeit, minus the extraterrestrials.

Sacros is a Salt Lake City-based developer of robotic systems, including the Guardian XO exoskeleton and the Guardian S inspection robot, both of which are designed to augment humans working in the industrial, public safety and military sectors. Its partnership with the U.S. Navy, via PSNS & IMF, is designed to evaluate the effectiveness of its robotic technologies, including full-body, battery-powered exoskeletons and man-portable inspection robots, for use in naval shipyards, the company announced.

The initial areas of focus for the partnership is the manipulation of heavy items, use of power tools and inspection of confined spaces in the context of the modernization and retirement of ships and submarines, with the goal of advancing workplace safety and efficiency. The agreement will involve evaluating Sarcos Guardian XO and Guardian S technologies in real-life conditions.

Sarcos Guardian XO is an industrial exoskeleton that allows human operators outfitted in the suit to manipulate loads of up to 200 pounds for an extended period. The companys Guardian S robot applications include enhancing safety inspections and surveillance capabilities in extreme environments.

This partnership provides an exciting opportunity for the shipyard to develop innovative solutions to improve our work while providing a safer, more ergonomic work environment for our employees, says Capt. Howard Markle, commander of PSNS & IMF.

The 14,000 sailors and civilian personnel employed by PSNS & IMF are dedicated to maintaining, modernizing and retiring the U.S. Navy fleet. The shipyard currently performs work in Washington state at Naval Base Kitsap Bremerton; in Silverdale at Naval Base Kitsap Bangor; Naval Station Everett; as well as San Diegos Naval Air Station North Island; and in Yokosuka, Japan, and Guam.

Investors in Sarcos, which also has offices in the Seattle area, include Caterpillar, GE Ventures, Microsoft, and Schlumberger.