The company taps technology to bring vitamins to the masses 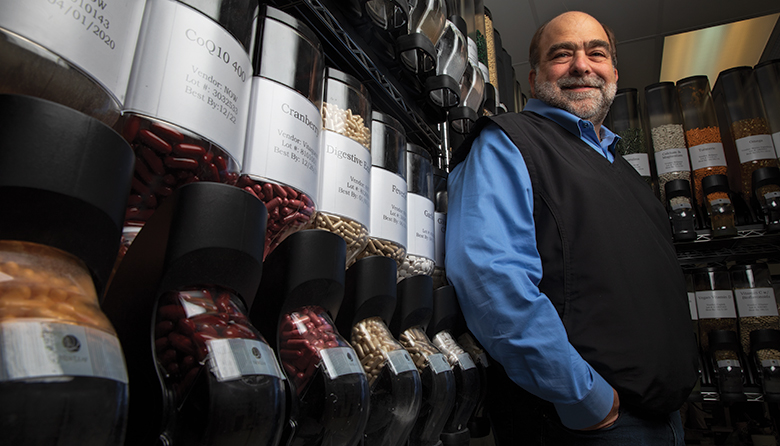 Snoqualmie-based startup Persona is fresh on the heels of raising $5 million at the beginning of the year, bringing total investor funding to nearly $15 million as it stakes out ground in the highly competitive consumer-focused vitamin business.

The company, launched in 2017 as Vitamin Packs, seeks to tap the dynamic nutritional-supplements industry, projected to grow to a $220 billion market globally within three years, according to New York-based Zion Market Research. Whats the companys market hook?

Simply put, building a better mousetrap, using technology specifically an online questionnaire based on a complex algorithm built from the ground up with research and development from our team of nutritionists, Jason Brown, Personas CEO and a co-founder, says. Personas major investors Emil Capital Partners and L Catterton appear to see the promise.

Persona has eight nutritionists on staff, including co-founder Tamara Bernadot; a medical advisory board of four physicians; and, Brown says, a network of 10 contract manufacturers whose processes are FDA approved. The company employs 25, including a tech team of 12 in Hyderabad, India an office overseen by co-founder Prem Thudia.

Persona operates on a subscription-based model and ships products to customers from its Snoqualmie facility. One test order tallied $39.20 a month for eight supplements.

To ensure customer privacy, Brown says all information generated from the online questionnaire is encrypted. He says more than 750,000 people have filled out Personas online questionnaire. Last year, Brown adds, the company posted 2,000 percent growth over 2017 revenue of $200,000.

We are a completely science- and medical-based environment, Brown says, where our algorithm has over 5 trillion combinations, and we have customized it for an individual to make sure they get exactly what the [algorithm] recommendation says they need.