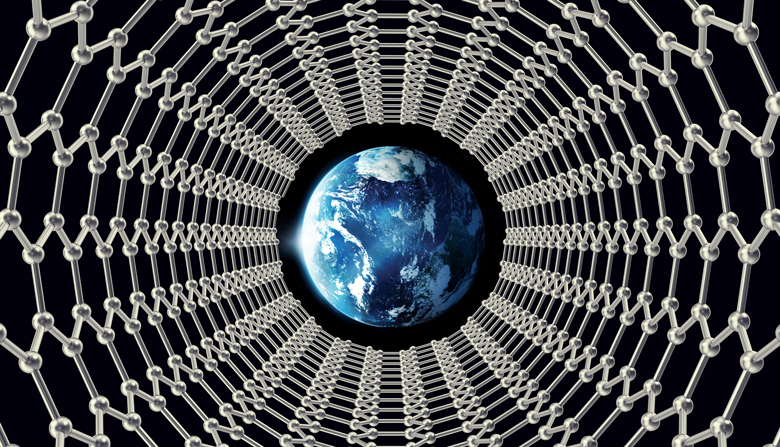 GRAPHENE: WHAT CAN YOU MAKE OF IT?

Andre Geim and Konstantin Novoselovs work on graphene at the University of Manchester earned them the Nobel Prize in Physics in 2010. Since then, there has been an explosion in research on graphene around the world, as well as locally.

IN AVIATION
HRL Laboratories, owned jointly by Boeing and General Motors, has developed what it calls the worlds lightest material by creating a tiny lattice structure made up of hollow, interwoven graphene tubes that are one-thousandth the thickness of a human hair. Boeing hopes the material will make airplanes lighter. A matchbox-size piece of the material can sit on a dandelions puffball. It can absorb a shock and return to its original shape.

IN HEALTH CARE
PNNL, the University of Washington and Washington State University are trying to tap some of the nanomaterials properties for use in stem-cell bone repair and in biosensors that detect harmful bacteria. Scientists at the University of Glasgow have found a way to use graphene to power a synthetic, electronic skin that could one day give prosthetics a sense of touch, helping to overcome a major obstacle in this field of research.

IN POWER
PNNL researchers and scientists from Princeton University have used graphene to increase capacity, cycle life and power in traditional lithium-ion batteries, promoting faster charging/discharging. They licensed the technology to Maryland-based Vorbeck Materials, which uses graphene in aerospace antenna systems, clothing and communication devices for the military, coatings and in tires, which reduces rolling resistance, among other applications.

IN FILTRATION
The substance has so much buzz that Apoorv Khandelwal, a senior at Redmonds Tesla STEM High School, chose graphene to produce the filters for a system he designed to make seawater drinkable. The project made him a finalist for the prestigious Regeneron Science Talent Search competition earlier this year. Alas, Khandelwal had trouble with the graphene and had to patch it with other substances.