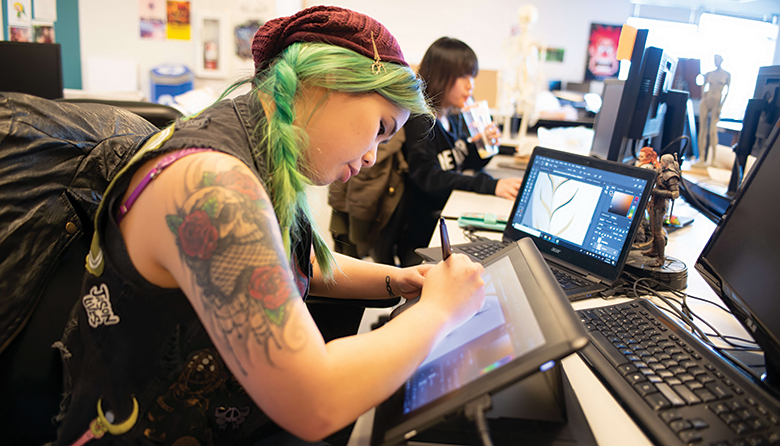 It doesnt field a football team, but DigiPen Institute of Technology loves to play games. And it may have as great an impact on pop culture as any institution of higher learning in Washington.

Celebrating its 30th anniversary this year, DigiPen is to game development what Alabama and USC are to sending football players to the NFL. The Independent Games Festival, the original and still the largest competition celebrating indie game makers, has recognized more games created by DigiPen students than those of any other school in the world. Student projects are also consistently recognized in events like PAX 10, IndieCade and the E3 College Game Competition. Notable DigiPen graduates include Mike Pagano Doom, CEO of Built Games; Tara Jauregui (Bejeweled Blitz), art director at PopCap Games; Patrick Hackett, VR user experience designer at Google, and Kim Swift (Portal, Left 4 Dead), design director at Electronic Arts.

Claude Comair founded DigiPen in 1988 as a computer simulation and animation company in Vancouver, British Columbia. It started as a dream in my basement, Comair recalls of the schools origins. And people laughed. Theyd say, You want to use video games to teach computer science and physics? Are your students going to be playing Mario? They didnt know that you dont play with Mario, Comair explains. [At DigiPen] you live with Mario.

In 1990, collaborating with Nintendo of America, DigiPen formalized its mission of creating a path for students seeking to study video-game development. In 1996, the Washington State Higher Education Coordinating Board authorized DigiPen to award both associate and bachelor of science degrees in real-time interactive simulation. In 1998, DigiPen moved its campus to Redmond.

Enrollment for the 2017-18 academic year was just over 1,000 students at the Redmond campus, which now offers eight bachelors and two masters degree programs. DigiPen also has campuses in Singapore and Bilbao, Spain. To date, DigiPen graduates have shipped more than 1,000 commercial games and landed jobs with more than 450 companies around the world.

We were invited to come to Washington by then Governor [Gary] Locke, Comair says. When we arrived, there were maybe nine game companies in the entire state. There are now over 400 and [the number keeps] growing.