Coding Boot Camps Took Off During the Pandemic 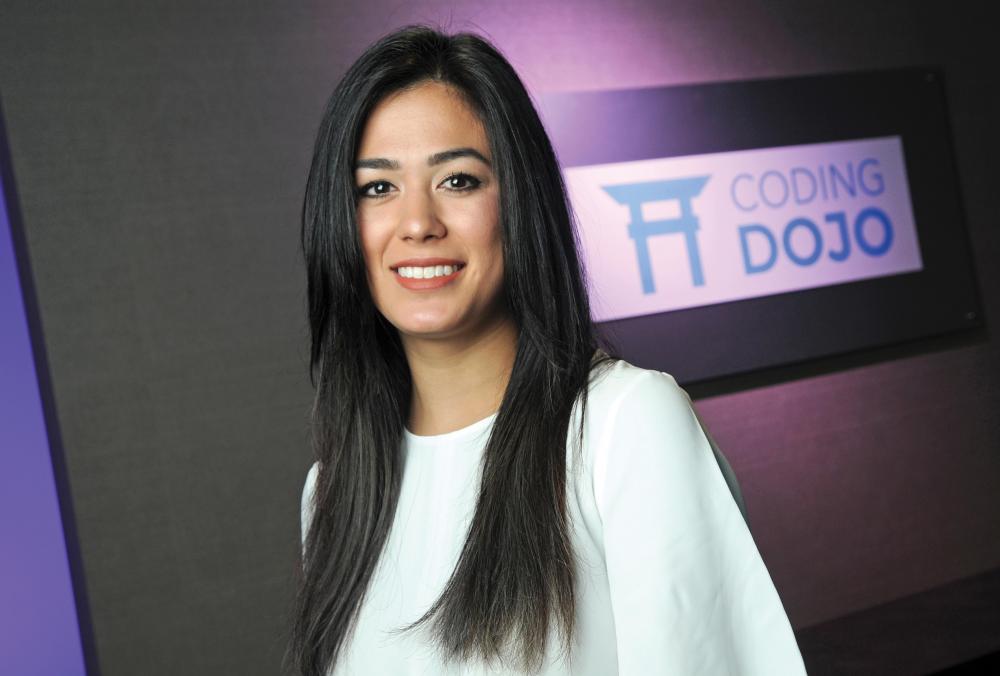 This story is featured in the July issue of Seattle Business magazine. Subscribe here to access the print edition.

With her playful nature and gregarious personality, its not hard to picture Tia Fouroohi slinging drinks and chatting up customers behind a bar.

Thats exactly what she did at Din Tai Fung Restaurant Group for almost four years. Then the pandemic hit, business plummeted and Gov. Jay Inslee ordered all restaurants to shut. Fouroohi was furloughed and called back, but eventually lost a job that she loved.

She also lost a clear vision for her future. The schools to which she was applying to finish her bachelors degree abruptly put everything on hold during the early, uncertain stages of the pandemic.

And thats when the panic started, she recalls. I tried just to take it day to day, and during my staycation, I did a lot of thinking.

That reflection led her to Bellevue-based Coding Dojo, one of many organizations that offers an immersive technology boot camp. Dojos 14-week course teaches full-stack coding, data science and other emerging technologies. She spoke with a couple of friends who had completed the program and plunged right in.

I saw ads for it all the time, and I was thinking to myself, I have all this free time and in 14 weeks, its a done deal, says Fouroohi, who is now a software engineer at Pathloom, a company that offers an outdoor trip planning app. Its weird because 2020 was such a bad year, but I think it was probably one of the best years of my life.

Tech boot camps exploded in popularity last year as the pandemic cost millions of jobs. Seattle had a 27% increase in students and also ranked among the top five cities where students lived, along with New York, San Francisco, Los Angeles and Washington, D.C., according to a report by software company Career Karma Inc. The top five employers of boot camp graduates all have significant operations in Seattle, including Amazon, Google, Facebook and Microsoft.

At its peak last year, Washington states unemployment rate reached 16.3%. At one point, the state had lost more than 100,000 food and beverage service jobs. Kimberley Greenbush was among the victims.

Greenbush was working as a barista at a downtown Seattle Starbucks when she was furloughed. The pandemic gave her the motivation she needed to get serious about her career. She loved working at Starbucks but knew it was just a job to make ends meet and not a lifelong profession.

She is now a freelance full-stack developer and teaches part-time at Coding Dojo while she looks for permanent, full-time employment.

I started to think about what I really liked doing, says Greenbush, who graduated from Coding Dojo last November. I wouldnt say coding is a hobby but programming is kind of like a side hobby. I thought Id try that.

Like Fouroohi, Greenbush was attracted to the intensity and duration of the 14-week program. Most boot camps operate in similar fashion. The University of Washington, for instance, offers coding camps for either 12 or 24 weeks. Code Fellows, the citys first coding school when it opened in 2013, has camps between 10 and 18 weeks, depending on skill level. Cost varies, but many intensive programs generally run between $12,000 and $15,000.

Coding Dojo launched in Bellevue and San Jose nine years ago and also operates locations in Boise, Chicago, Dallas and Los Angeles. Its student outcomes are consistent with industry averages: The company says 89% of alumni land jobs within six months of graduation, and the average salary increase of a graduate is 36%. More than a quarter of graduates received promotions from their companies within a year.

Greenbush continues to work part time at Starbucks until she finds a job at a tech company. She says shes thankful that the pandemic opened up new opportunities for her.

There was this big golden opportunity starting me in the face and you just have to take it, she notes.

Michael Cote didnt lose his job because of the pandemic. He left willingly. He is part of a growing trend: According to Prudentials Pulse of the American Worker Survey released in March, one in five workers has changed careers since the onset of Covid-19. Another 26% say they plan to look for a job with a different employer once the pandemic passes.

Cote is now a software engineer at web conferencing company VideoNet Holding Corp., but not long ago was uncertain about his future. Cote had spent decades in the restaurant and bar industry and was executive chef at the Golden Nugget Lake Charles Hotel & Casino in Louisiana when he tired of the grind and the culture. I was drinking every night, he says, so he moved to Phoenix, where he had friends. His roommate stumbled upon Coding Dojo, and they decided to move to Seattle.

Cotes roommate completed the boot camp, but Cote remained skeptical. A ninth-grade dropout, he says he didnt have the confidence or focus to enroll in school. He quickly slipped back into the restaurant industry when he landed a job at Zeeks Pizza. The partying continued. He finally enrolled in February 2020 because of his roommates positive experience.

The pandemic hit and the school shifted to online learning only. He fell pretty far behind and contemplated quitting. He didnt, but admits he didnt feel comfortable until the last month of school when everything just started clicking for me and making sense. I was able to actually have fun with it instead of just being frustrated the whole time.

The experience, Cote says, completely changed his life. He now wants to mentor people who are struggling or want to change careers and urges those seeking advice to message him on LinkedIn.

I realized that Im smart and can do everything I need to succeed, says Cote, who hasnt had a drink in nine months. Have the courage to make a change like I had to.