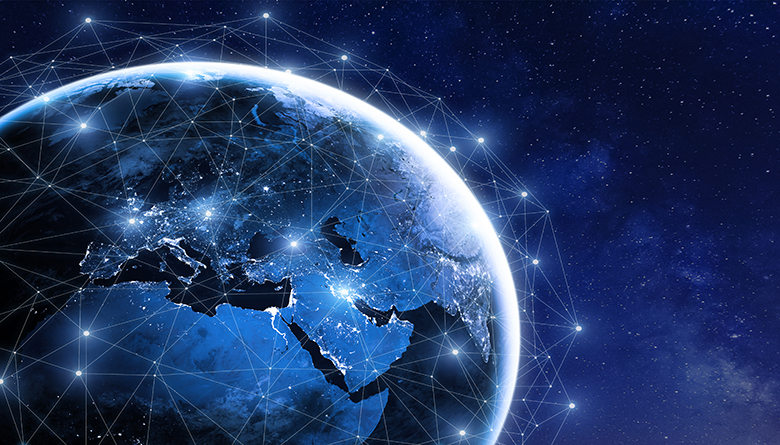 Despite industry reports last year that Boeing Co.s plan to build a space-based, satellite-powered internet was stalled, it appears the plan is back in orbit.

Boeing spokesman Jerry Drelling told Seattle Business magazine that the U.S. Federal Communications Commission has placed the Boeing application for authority to launch and operate 147 satellites into the public notice phase, adding that this is a key step toward the eventual grant of Boeing licenses for this system.

In its application to create the broadband-satellite constellation, Boeing points out that nearly 34 million people, or 10 percent of the U.S. population, do not have access to reliable, high-speed internet service. Boeings broad-band satellite system seeks to provide broadband Internet and communications services to residential consumers, governmental, and professional users across the United States, Puerto Rico, and U.S. Virgin Islands, the companys FCC application states.

A market study by Morgan Stanley projects that the global space industry could generate revenue of $1.1 trillion or more in 2040, up from $350 billion, currently. The study found that some $410 billion of that revenue is expected to be linked to internet services.

Boeing, however, appears to be a step behind the competition in the race to build a space-based internet and, according to industry speculation, will likely need a partner to operate the system it builds. That speculation has focused in the past on Apple or possibly even some kind of arrangement with an affiliate of London-based OneWeb, which also plans to operate a large broadband-satellite constellation. If so, nothing appears to have come of such flirtations to date, and Drelling declined to comment on speculation about Boeings interest in a potential partner for its space-internet venture.

Late last year, the FCC approved requests from four companies, including SpaceX, which has satellite-development operations in Redmond, Washington, that are seeking to launch satellites into lower-Earth orbit, or LEO, that can provide high-speed broadband services to users across the U.S., and eventually the planet.

With todays actions, the FCC has granted 13 market-access requests and satellite applications to nine companies seeking authority to provide next-generation connectivity across the country in the past 18 months, the FCC said in announcing the approvals.

Boeings primary satellite operations are based in California, although the Boeing Kent Space Center in Kent, Washington, continues to support Boeing activities related to space-based equipment, according to a Puget Sound Regional Council-sponsored study of the Seattle areas space industry.