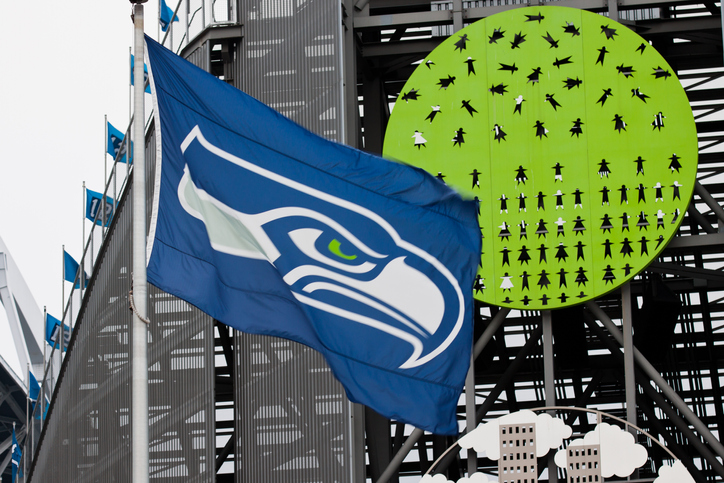 Starting Thursday night at the Seattle Seahawks game against the Arizona Cardinals, CenturyLink Field will be known as Lumen Field, the Seahawks announced.

This follows Lumen Technologys September rebrand, when the company ditched the CenturyLink name. The name change is pending approval by the Washington State Public Stadium Authority, which owns the field. The approval is expected late Thursday.

The stadiums multi-purpose event center will also be known as the Lumen Field Event Center.

This is the fourth time the stadium’s name has changed. In 2002, it opened as Seahawks Stadium, then changed to Qwest Field in 2004. In 2011, the field became CenturyLink.

In 2017, the naming rights agreement was extended until 2033. In-stadium signage replacement is in the early stages, the announcement said. Branding changes are anticipated to be completed by the start of the 2021 Seahawks season.

“For nearly two decades, the stadium has made its mark as a premier Seattle venue, and a place for the community to experience thrilling victories, establish sacred traditions, and witness unforgettable moments together, says Chuck Arnold, president of the Seattle Seahawks and First & Goal Inc., which operates the facilities.