The county issued a new request for proposals for a transit-oriented development at the site
BY:
Kevin Schofield
SCC Insight

Last week, King County finally re-issued its RFP for a Transit-Oriented Development project in Northgate, next to the new light rail station. It fails to live up to its most significant promises.

You may recall that King County withdrew its earlier RFP at the beginning of the summer in response to the state legislature passing a law that allows local governments to dispose of public land under a wide variety of terms and prices as long as it was in service to the public benefit of creating more affordable housing. Prior to that law being passed, governments were required to sell public land at fair market value.

At the time it was withdrawn, Council member Juarez complained loudly, since doing so delayed — and threatened to stall out — a multi-party effort to revitalize the Northgate area in advance of the new light rail station opening in 2021.  In early July, King County committed to issuing a new RFP by July 31st (a date they missed by a month). The county also promised that it would increase the requirement for affordable housing units above the 200 in the original RFP. Juarez, Council member Mosqueda,  and Mayor Durkan had requested that the minimum number of affordable units be increased to 500.

Unfortunately, the new RFP completely misses that mark, leaving the minimum affordable units at 200. It does, however, add more specifics to those 200 units:

Even more unusual is that after withdrawing the original RFP so that it could take advantage of the new state law, the new RFP doesn’t; it still maintains that the property will be sold or rented to a developer based on fair market value, stating clearly that “developers should not expect to discount the value of the Property by the cost of meeting affordable housing requirements.” Nevertheless, it does specify that a developer choosing to subcontract the affordable housing part of the development to a third-party affordable housing developer must provide the relevant land to them at $0 effective cost. The county’s expectation is that developing the rest of the parcel for mixed-use commercial/retail space and market-rate housing will provide sufficient profit to cover the land costs for the affordable housing. The county estimates the parcel to be 147,621 square feet, and appraised the land in February 2018 at $146 per square foot, for a total fair market land cost of $21,552,666.

Other notable aspects of the new RFP:

- It calls for a 10,000 foot pedestrian-bicycle walkway cutting east-west through the middle of the parcel. The county will reimburse the developer for the cost of building it. 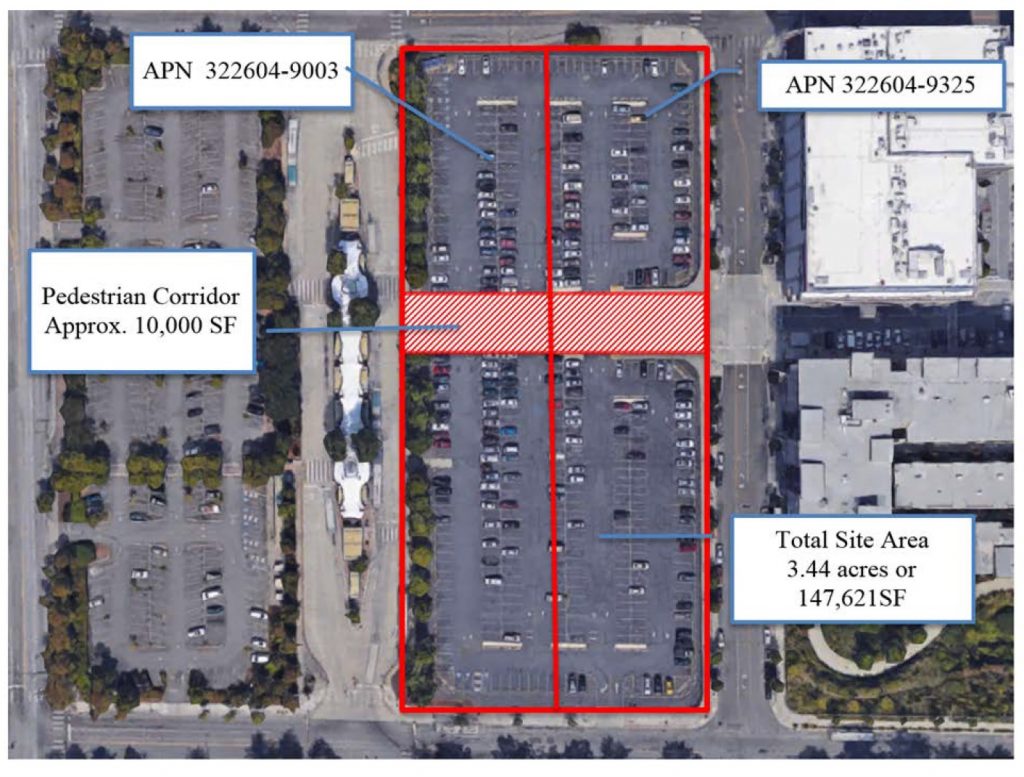 - It continues to provide up to $20 million in additional capital funding toward the construction of the 200 units of affordable housing.

- It specifies that the project will not vest into zoning and building codes until May 31, 2019, to allow time for the City Council to finish passing the city-wide MHA upzones. The portion of the development that is market-rate will be subject to MHA rules, including additional affordable housing performance or payment.

- To the extent that the County owns easements surrounding the parcel, those could be used to satisfy the city’s development standards, potentially allowing the developer to have smaller setbacks and use more of the land.

- The developer can cut a deal with Metro for other transit improvements or programs and can receive land purchase price credit for doing so.

The fact that the new RFP still requires the parcel to be sold at fair market value, and the number of affordable housing units required is still the same, raises questions as to why the RFP needed to be withdrawn and reissued — not to mention why King County broke both its promises (issuing the RFP by 7/31, and increasing the amount of affordable housing). I have a request for comment in to Council member Juarez, but she was unavailable as of publication time.

Proposals are due by October 29, and the County hopes to pick a winning proposal by November 28. Final agreements would then be negotiated by January 31, with an expectation that the County Council will review and approve them by April 30. The long-term goal is still to have new affordable housing units open to occupancy by the time the Northgate light rail station opens in fall 2021.