Made in Washington #5: Pocock Racing Shells 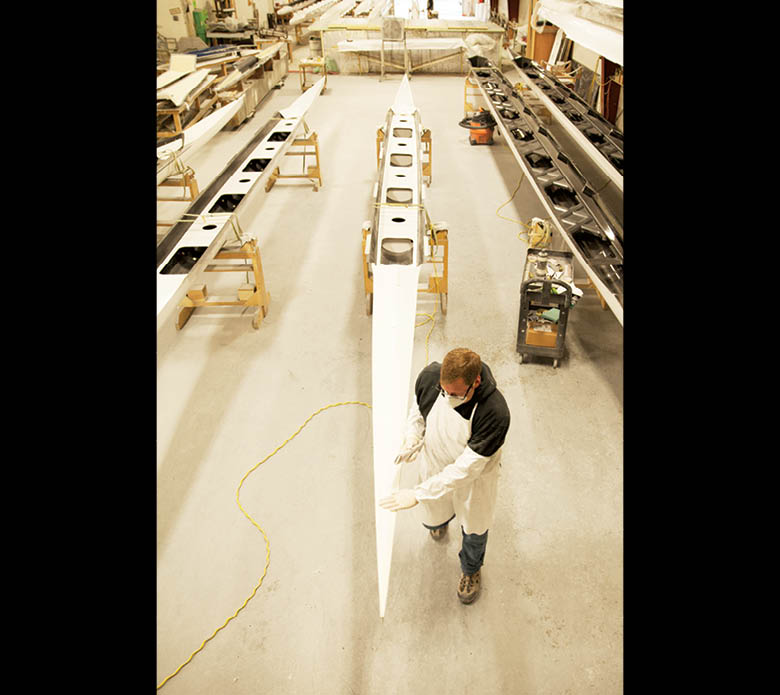 Eric Carpenter of Pocock Racing Shells in Everett does a post-finishing tour around a four-person, coxless shell destined for the women’s crew at Duke University. Described as one of Pocock’s “less flashy” boats, this model is made of carbon fiber, fiberglass and syntactic resin and will likely be used for training. It sells for $21,000. The boat on the right is Pocock’s top-of-the-line Hypercarbon Comp 8+, an elite-level shell that retails for about $46,000. Pocock traces its history to 1911, when Englishman George Pocock founded the company on the University of Washington campus at the behest of UW rowing legend Hiram Conibear. With 20 employees today, Pocock produces shells for college teams and international crew from around the world. Click through for another image.

Have an idea for a Made in Washington photo essay? Email sbeditor@tigeroak.com.