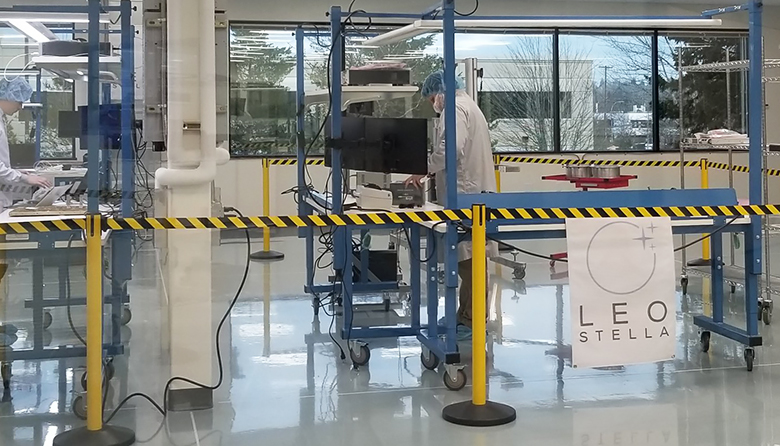 LeoStella, a locally based small-satellite design and manufacturing company, has unveiled its new manufacturing facility in Tukwila, Washington, where it will produce its first satellite by the end of March for BlackSky, a subsidiary of Seattle-based Spaceflight Industries.

LeoStella has a contract to produce 20 satellites at its 20,000-square-foot manufacturing facility for BlackSky, which plans to build and launch a 60-satellite Earth-observation network. The BlackSky satellite constellation will fly over most of Earths major cities and economic zones dozens of times daily capturing timely data that organizations can tap to make informed decisions. BlackSky plans to launch the first 20 satellites in its geospatial-intelligence constellation by 2020.

LeoStellas new production facility in Tukwila, which employs some 40 people, will be able to manufacture up to 30 satellites a year, including Earth-observation and telecommunication satellites. The company is a joint venture between Thales Alenia Space (Europes largest satellite maker) and Spaceflight Industries, which has raised more than $200 million in capital to date. Spaceflight Industries also operates a subsidiary called Spaceflight that offers rideshare launch and mission-management services for satellites.

Leo Stella and Spaceflight Industries are part of an emerging space-business sector in Washington state that has an estimated $1.8 billion economic impact and supports some 6,200 jobs, according to a recent study by the Puget Sound Regional Council.