The 2017 Washington Manufacturing Awards: Manufacturer of the Year Midsize Firms 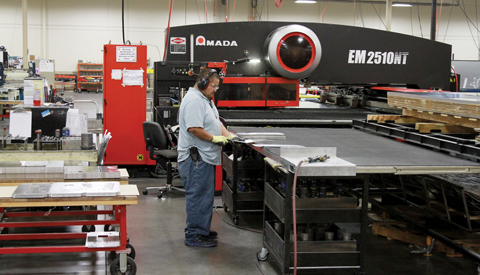 AccraFab needed room to expand its contract manufacturing and machine-shop operations. It scouted possible locations in Washington and across the state line in Idaho. The decision? Stay put in Spokane County, which is good news for the state and the region. AccraFab already has 180 employees and expects to add more. The company began in 1979 as a sheet-metal fabricator, and since has added engineering, design, prototyping, contract manufacturing, welding, finishing and assembly. Management has also led the way in building the Spokane areas profile as an aerospace hub. AccraFab opened a Kirkland office to snare even more aerospace work.

Vaupell bills itself as a leader in plastics components and assemblies for aircraft interiors. In need of reinvention a few years back to get a handle on production strained by growth, it embraced a new owner, Sumitomo Bakelite, new leadership and a major commitment to lean principles. Revenue rose in 2016 and the company expects 25 percent growth and solid profitability in 2017. Vaupell has also built a sales network for the architectural and design market, serving customers like Starbucks.