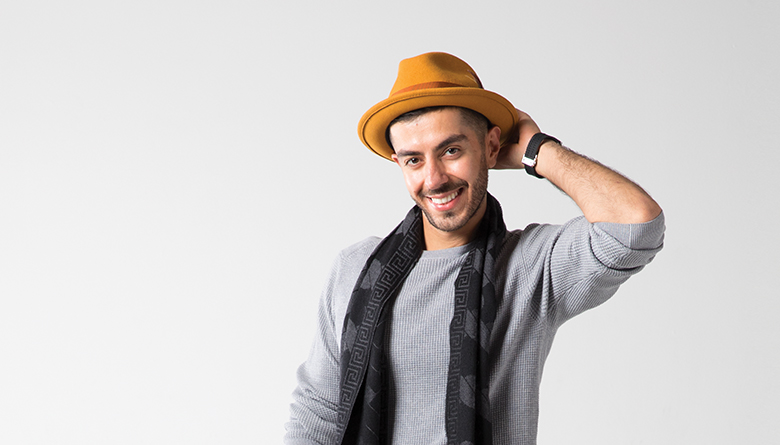 Menswear influencer Masoud Torabi started writing movie scripts at age 5 in his home country of Iran. In 2011, he earned a bachelors degree in screenwriting from Arizona State University. He moved to Seattle four years ago. While he still enjoys writing and telling stories, his current medium of choice is more visual; check out his Instagram account. His cinematic mix of street-style photos and travel shots, accompanied by long-form captions, encourages followers to reflect on the human experience. Ever since I can remember, he says, Ive wanted to tell stories. Im always writing, and hope that I can inspire others to follow their biggest dreams.

Torabis personal style takes cues from classic leading men. He frequently wears tailored suits and crisp dress shirts, but adds his own spin with unexpected patterns and colors. Ive always wanted to dress formally and believe that doing so shows respect for my career and clients, he says, referring to his banking career. I never leave the house without a watch, briefcase and some kind of dress shoe. He shops for these sleek threads at local retailers such as Nordstrom and JNBY, and sometimes completes an outfit with a hat from Goorin Bros. Hat Shop.

Torabi cites as important influences his mothers refined manners and the Western films he loved while growing up in Iran. My mom is very proper and taught me lessons that shape who I am today, such as allowing dinner guests to eat first … and the importance of beautiful penmanship, he says. Torabi and his four siblings watched American and European blockbusters on VHS, smuggled into the country and purchased from street vendors.

With a lifelong interest in banking and financial management, Torabi followed his degree in screenwriting with an MBA and has held evolving roles at U.S. Bank. I have learned a lot about finances and managing people, he says, but I have also learned how to lead by example, which often means getting up each time you fall down. Along the way, he has also published two books: the novel Every Step Back and a collection of short stories titled Underneath Our Broken Wings.