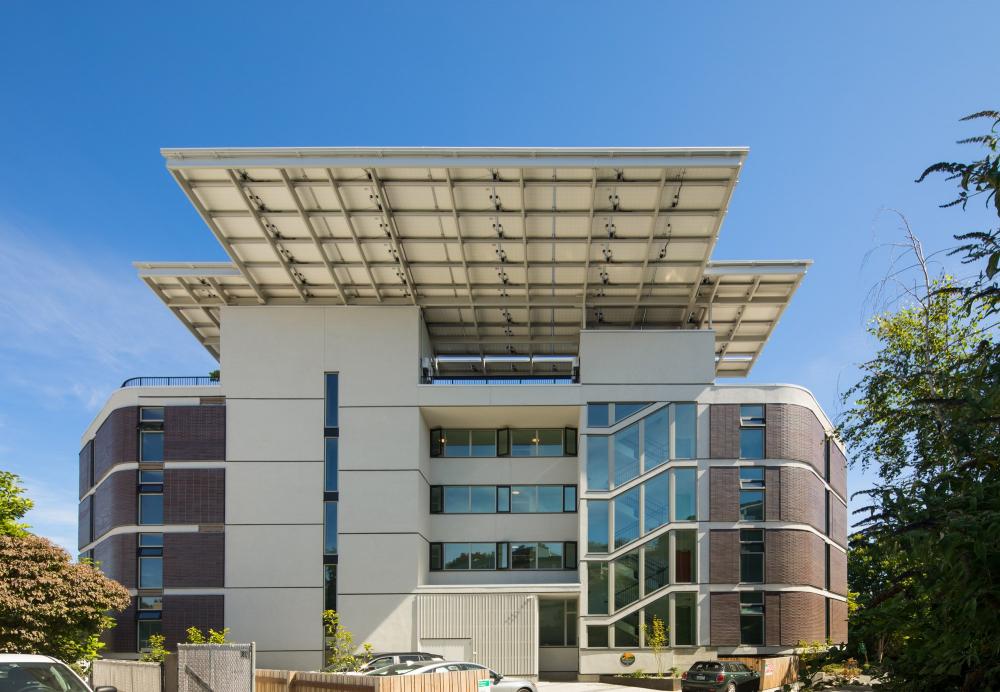 Inspire, an apartment building designed to be carbon-positive and energy-positive in Seattles Fremont neighborhood, is almost completely leased within six months of opening.

The building features 244 solar panels, triple-pane windows and insulation, high-efficiency plumbing to reduce water waste and a community garden. It produces no carbon by using only electric systems. The building also has a walking score of 94, biking score of 85 and a transit score of 64.

Inspire is a joint venture between Seattle-based Shilshole Development and Russells Fifth Avenue Inc. It is the first residential building to pursue Seattles Living Building Pilot Program, which challenges developers to create buildings that generate more energy than they use and capture and treat water on site.

The project is vying to become the citys first residential building to be awarded the Living Building Challenge Energy Petal Certification by the International Living Future Institute. This would make it the first residential building in the region to produce more than 100% of its power on site, making it net-positive for energy consumption and eliminating electricity bills for residents.

Inspire proves there is great market demand for carbon-positive buildings and that buildings like this can make financial sense for profit-oriented developers, says Brett Phillips, a board member with Russells Fifth Avenue Inc.