The substation provides a new model for community engagement. 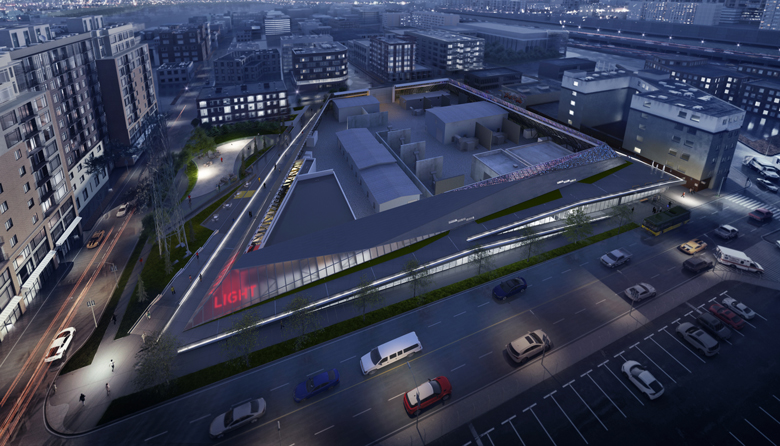 Substations, the electrical distribution centers that transform voltage from high to low so it can be used in homes and businesses, are typically so utilitarian in design they barely merit a second glance.

The South Lake Union 13kV Distribution Network System, better known as the Denny Substation, is radically different. A first of its kind for the city, it has features and amenities specifically designed by architects at NBBJ for public use. Occupying an entire city block at 1250 Denny Way, the substation actually serves as a community center, featuring more than 55,000 square feet of public space, an elevated ADA-accessible pedestrian walkway, a pocket park with an off-leash area for pets, and temporary and permanent art exhibits, including work by Seattles renowned Lead Pencil Studio.

Seattle City Light spokesperson Scott Thomsen calls the nearly $300 million addition to the neighborhood part of a fully developed urban environment that stands as a symbol of pride for the neighborhood, City Light, the city of Seattle and the natural region that powers the city.

By mid-October, the substation had been energized and had been used to assist with transmission load, even as finish work continued on the building and public amenities. That work will continue into the new year. A community celebration/grand opening will occur early in 2019, shining a light on a project that might just illuminate a path toward future engagement with city institutions.