Virginie Paradis wants to make us a little bit French. 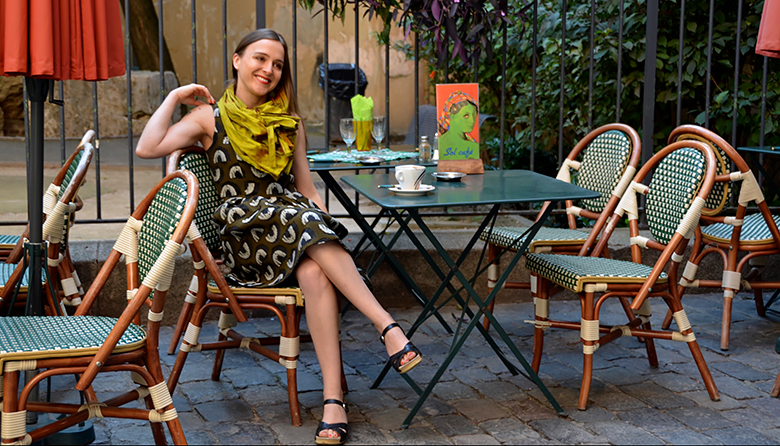 Virginie Paradis is clearly a perfectionist. Her precise English diction sparkles like Veuve Clicquot in crystal. The way she pronounces words in her native French is equally satisfying, like finding out theres an extra choux a la creme in the box and its yours!

Paradis has run French Truly, a language immersion business, since 2013. She operated from Seattle until the fall of 2017, when she moved back to France to a small town near Lyon to continue her pursuit of a bachelors degree in philosophy.

As her studies wind down, Paradis, who became an American citizen in 2016, plans to begin spending more time in Seattle again, starting in February with three French immersion courses and a special Valentines Day presentation for a Seattle International Film Festival (SIFF) event, The Revolution of Love in Europe & France: Transition from Arranged to Love Marriage.

After hosting events in her Seattle home, Paradis began working with SIFF in 2016, staging monthly French Truly salons featuring wine and pastries, a short presentation on a theme and the screening of a French film related to the theme. She returns in February with a comedy, The Women on the 6th Floor, about a bored man who becomes infatuated with the maids who live on the sixth floor of his building.

Ill give a 45-minute presentation as I always do this time on the theme of love, Paradis says. I will walk guests through history, following the evolution of marriage from the Middle Ages to the 21st century.

Paradis will also teach a French immersion weekend for beginners (February 16/17) and two for intermediate speakers (February 9/10 and 23/24). They will include classes at the Mediterranean Inn as well as activities with French people who live in Seattle. Each will end with a cooking class taught in French by pastry chef Patrick Morin, owner of La Parisienne Bakery in Belltown. To learn more, visit frenchtruly.com/immersion-seattle.

My goal, Paradis says, is simply to create meaningful connections with people and make them happy via something I love and know inside out: France. It can be humbling to learn something new when youre an adult, so Im here to take all the stress away and just make it a joyful, fruitful experience.