Executive Q&A: Sheila Edwards Lange on How the Path to Sharing Seattle’s Prosperity Is Through Education

The president of Seattle Central College on growing up in Mississippi, Seattle's spirit of civic engagement, and the value of an inclusive education 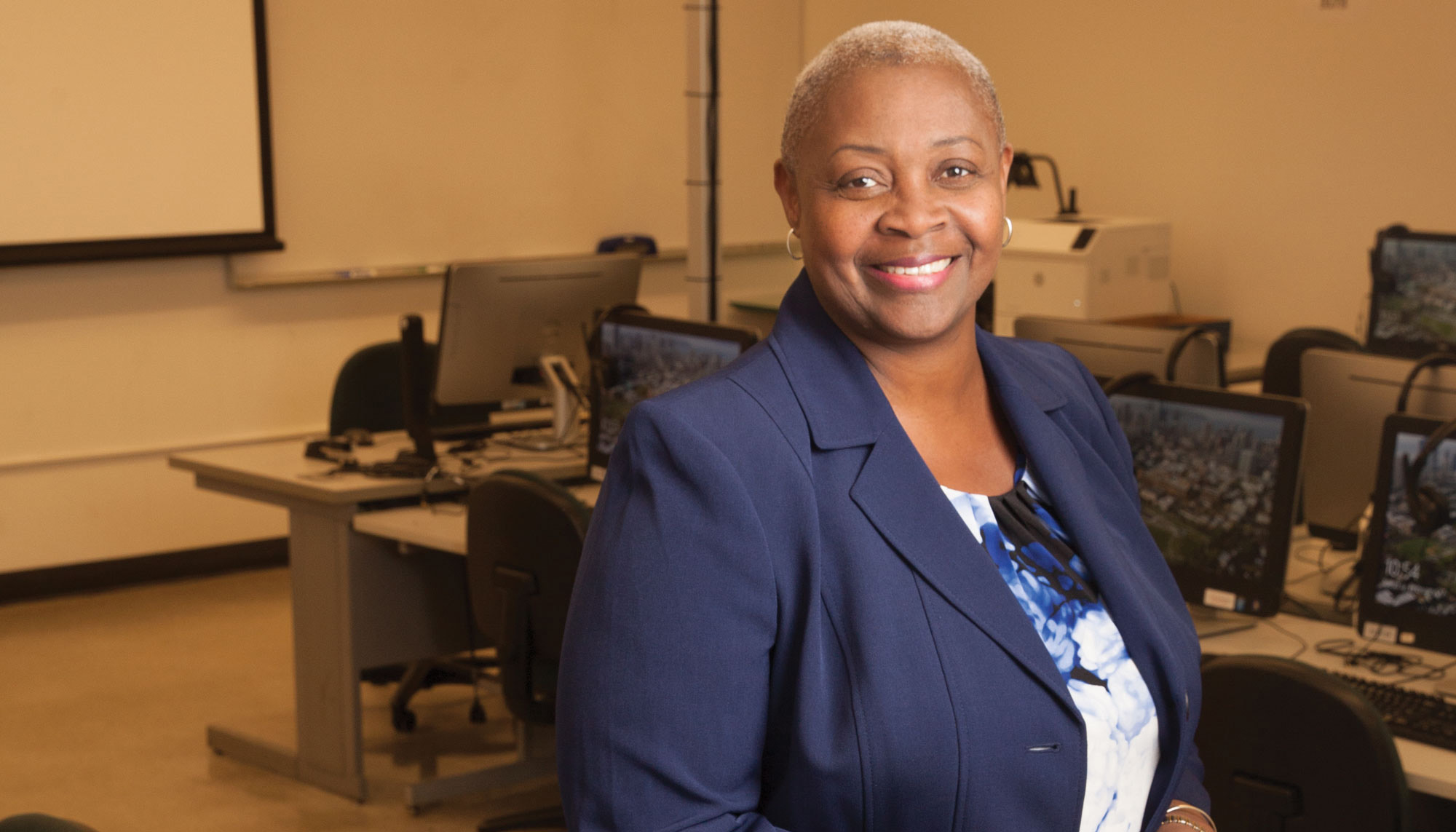 FEELING CONNECTED. Dr. Sheila Edwards Lange appreciates the ethos of civic engagement in Seattle. I never experienced that in Southern California, she says.

This article appears in the June 2018 issue. Click here for a free subscription.

Looking out her office window atop Capitol Hill, Sheila Edwards Lange is struck by the number of construction cranes she can see. Those cranes represent the prosperity happening in Seattle, she says, and in some ways, thats the challenge for me: How do I make sure everyone in this city has equal access to that prosperity? Access to education has resonated with Edwards Lange since she was a first-grader in Mississippi. As president of Seattle Central College, it remains her chief mission. She moved to Seattle in the late 1980s to pursue a masters degree, thinking shed stay two years. But the Northwest became her home, and after working in administrative positions at North Seattle College, Western Washington University and the University of Washington, Edwards Lange became interim president of Seattle Central College in August 2015; she was appointed president in May 2016. She oversees an annual budget of $48.6 million, supervising 1,200 staff and faculty and an enrollment of nearly 16,000.

EARLY YEARS: I was born in Mississippi and lived there the first 10 years of my life. I moved to California when my parents divorced. I went from a very rural community surrounded mostly by family to South Central L.A. I attended Head Start in Mississippi, so I tell people all the time that early learning works.

THE VALUE OF EDUCATION: I started school in 1968, a really volatile year. My first-grade teacher was just so evil. She put me in the back of the room and said, I dont want little nigras in my class. You sit back here and be quiet. We ended up with a teacher who was the only one who would accept and teach black kids in that school. Whether we were in first grade or second grade, we ended up in her class. As a little kid, watching all the fights around access to education, I decided there must be something really special about it because people are fighting so hard to make sure we dont get access to it.

COLLEGE: I went to UCIrvine in Orange County. I knew I wanted to go to college because Id always seen education as a pathway to independence. The experience of growing up with a single mom on welfare shaped me. I was going to be one of those women who control her own destiny and her own economic stability.

SUPPORT NETWORK: One of my high school teachers paid for my college application because we couldnt afford that kind of stuff. I tell students now if you let people know what you want to do, people will help you. If you do your part, other people will do their part to help you. That was my experience. I had just really good people surrounding me very early on.

MAJOR DECISIONS: I thought I was going to be a doctor. I did one of those programs where they put you in a hospital; I worked on a kidney dialysis ward and I realized I hate bodily fluids. (Laughs.) It was good early exposure. But then it was, Well what the heck am I going to do? I had been a student leader in high school and was very active in clubs and organizations in college. My second year, I was a staff member in the residence halls. That actually put me on a path to thinking about a career in education because I was working in student services and housing and really doing a lot of programming around student development and time management. In the end, thats what brought me to Seattle. I came here to do a masters in public administration at the University of Washington. SEATTLE COLLEGES: Weve been around for 50 years. Seattle Central was the first campus and for most of our 50 years, the campuses south, central and north have been pretty independent within a loose federation of district administration. Were all resource poor. Weve had to become more efficient as a system and that means we cannot continue to operate as three stand-alone colleges. And we have to become less siloed. Over 50 years, we have unfortunately built duplicative systems. For example, we just integrated all of our technology systems because in some instances we had four different licenses for software.

COLLABORATION: We have to leverage what we have in partnership with others. Our faculty is so innovative. We recently launched a Health Education Center and partnered with Neighborcare Health, which built a working dental clinic for it. Our students learn basic dental education training and then they go into the clinic and get the clock hours they need with a dentist. We used to have to pay for that. This allows us to deliver cutting-edge instruction and real-life experience for our students at lower cost. My priority as president is to develop more partnerships like this so we can deliver better education, particularly in IT and STEM.

SOLUTIONS: Im pretty excited about Mayor Durkans Seattle Promise, a program specifically for high school students. The mayor wants to move us by 2021 to any Seattle public high school grad being able to go to any Seattle [community and technical] college at no cost. It is a great challenge but its a wonderful opportunity because we just know were going to be able to get more of our local kids ready for these jobs that are happening here in Seattle. And it includes vocational training as well as transfer of training.

SATISFACTION: I knew it was a good move as soon as I walked in the building. Seattle Central is a special place. Theres a vibe here. The diversity of our student body is incredible. Its just a great place to be. The commitment to social justice and activism is part of the DNA of the college. This is the place where we change community for the better.