Other cities around the country, including Seattle, are also coping with business disruptions due to rising homelessness 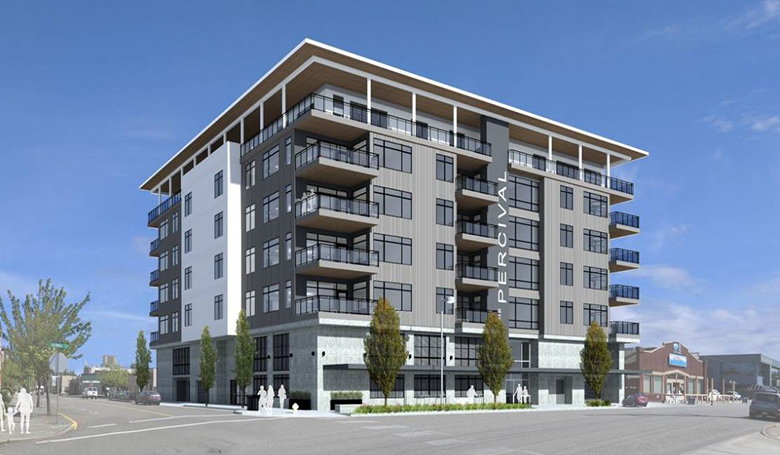 A seven-story luxury condominium project planned for downtown Olympia has been canceled by its developer, which cited low pre-sales due, in large measure, to the social climate of the downtown neighborhood.

Stephanie Schramm, spokeswoman for the Olympia developer, The Rants Group, confirms that the escalating homelessness problem in the state capitals downtown is a major driver behind the decision to cancel the Percival condo project. The development was to include 28 units ranging in size from 1,300 to 2,300 square feet, with prices starting at $725,000.

Downtown Seattle, likewise, has been coping with an escalating homelessness problem that, along with rising crime and drug-addiction woes, poses a threat to future convention business, according to King County tourism officials. And the city of Seattle isnt alone in confronting that issue, a recent Seattle Business magazine expose reveals.

The issue is something convention markets across the country are dealing with, Heidi Mills reported in Seattle Business June magazine. An August 2018 survey by the Professional Convention Management Associations Convene Magazine found that 42 percent of meeting professionals said they rejected a convention site because of homelessness problems.

Homelessness is the most significant and urgent public concern facing our community, the city of Olympias website states. The 2018 Point in Time Census counted 835 homeless individuals in the county, marking a 56% increase from 2017.

The website notice indicates that although the problem affects all of Thurston County, it is most visible within the urban hub of downtown Olympia.

In July 2018, the Olympia City Council declared a state of public health emergency related to homelessness, the citys website states. Doing so enables the city to respond to the needs in the community more quickly. Homelessness is a complex problem, and a truly effective response will take regional partnerships and the proactive involvement of a broad spectrum of stakeholders.

The developer of the now-canceled Olympia Percival condos also notes that development and construction costs for the project caused sales prices to be just out of reach for enough buyers.

As a real estate company with over 40 years in Thurston County, we understand that flexibility is necessary, says Pat Rants, president of The Rants Group. Sometimes things dont work out quite like you plan, but that can often mean something more exciting is on the horizon.

The Rants Group is currently entertaining other options for the use of the land.