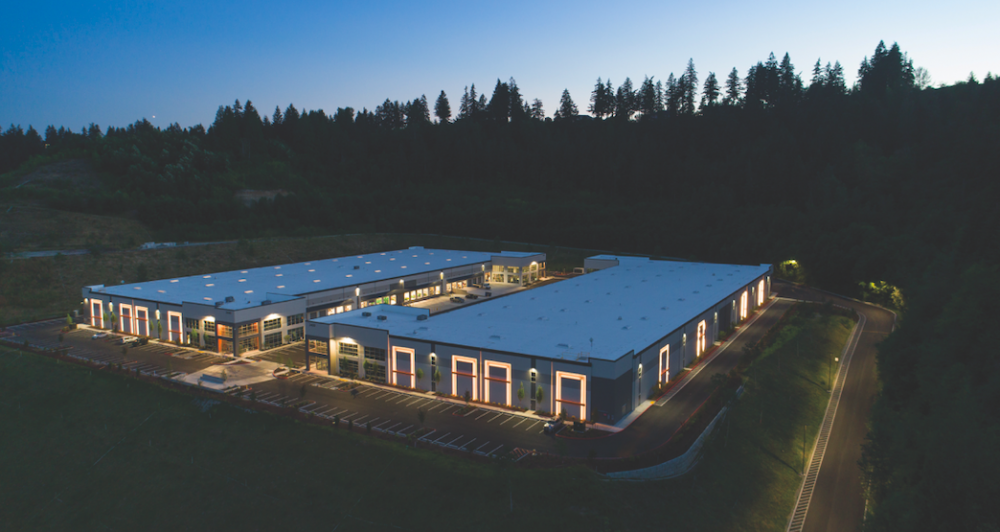 Amazon and other retailers are going the last mile in the Covid-19 economy, and thats delivering to Seattle-area industrial and warehouse investors.

Toward the end of April, e-commerce just took off. It has absolutely just gone bananas. A tremendous amount of unprecedented growth, says Vanessa Herzog, principal at Lee & Associates of Seattle and a member of the Society of Industrial and Office Realtors [SIOR]. Amazon is taking down millions and millions of square feet of space along the I-5 corridor and into high-density population areas for their last-mile delivery. No one really knows how much square footage theyre going to end up with at the end of the day.

Amazon is secretive about its logistical network, but brokers estimate the company occupies millions of square feet in the region. Last month, the company opened a distribution center in Everett, with plans to open four more.

Apart from Amazon, the pandemic has fast-forwarded e-commerce five to 10 years ahead of pre-Covid projections, and thats prompting a wide array of companies to boost warehouse and distribution space. E-commerce will remain explosive until the pandemic fades, and most experts predict that wont happen until at least the third quarter of this year and perhaps later. Changing consumer preferences will also shape the market moving forward.

Pierce and Thurston counties continue to dominate the development pipeline, according to Colliers Internationals fourth-quarter 2020 report, with 97% of new construction south of the Kent Valley. The remainder is on the Eastside. King County industrial pricing increased 71% during the past three years to $284 per square foot, wrote Jacob Pavlik and Nicholas Carlsen in the report. Industrial repeatedly performed like the belle of the real estate investor ball this year.

Colliers had its best year ever for large transactions, with multiple deals in the 500,000-square-foot and above range, says Bill Condon, Colliers executive vice president and an SIOR member. He expects continued growth and rent increases because of the presence of public real estate investment trusts, or REITs, such as Prologis, Terreno and Clarion Partners, as well as other institutional groups.

Seattle and the Puget Sound have developed into one of the strongest industrial markets in the country. Its not a secret anymore, Condon says. Through the pandemic, industrial has become the hottest sector in real estate. Everyone wants to be in industrial. You have groups that were previously focused on office, previously focused on multifamily or retail or hotels, saying, Hey, we should try to get into industrial.

The home improvement industry is a big driver of the current industrial market, Herzog says, noting that Home Depot and Lowes are taking large swaths of space. Home Depot added 1.3 million square feet of space and now occupies about 2 million square feet, while in Winlock in Lewis County, Lowes is building a 1.2-million-square-foot warehouse, which will become the third largest warehouse in the state.

Delays in getting product from China, coupled with border closings at Canada and Mexico, prompted many companies to boost local storage capabilities, Herzog adds. Product those retailers might have had shipped from overseas every few days now must be storedlocally, driving up demand for space. Plus, retailers are under enormous pressure to speed up delivery to meet consumer expectations.

Large landlords with space all around the country are looking at the Seattle market with the eyes of a national perspective, she adds, pushing rates higher. Specifically, the Kent Valley will remain strong, Herzog notes.

Youre there because you want to service the Seattle core market. Theres not a lot of land for development, so people are buying buildings that have a very low coverage ratio on the land, and theyre repurposing them or ripping them down, she says. Land prices in the Kent Valley have crested at over $30 per square foot, so its a very, very different world than it was five years ago.

To the north, the Arlington and Snohomish County markets are tightening.

Amazon has gobbled up a lot of land up there, so its not as plentiful as it used to be, she says. As you drive south into Pierce County, Thurston County, Lewis County, Clark County all of those markets every large piece of industrial land has been spoken for. There might be some land that gets rezoned, but right now developers are grabbing everything they can over 10 acres and turning it into new development.

Demand is strong for cold storage, despite the expense, and there has been an uptick in well-capitalized lettuce, culinary herb and other indoor food-growing operations, Herzog says. Case in point: In January, Orlando, Florida-based Kalera said it would build a 75,000-square-foot vertical farm in a Lacey warehouse to grow millions of heads of lettuce a year.

Manufacturing spots with ample space for trailer parking are also being repurposed for industrial clients in the Kent Valley. Around Puget Sound, many customers seek facilities with greater power supply and sprinkler capabilities, in some cases to accommodate robotic and other state-of-the-art technology. Twenty-four-foot doors used to be the standard, but more requests are coming in for 36- or even 40-foot doors that can service multilevel warehouses that rely on automation

Mid-market industrial took a hit in 2020, but Condon expects a rebound in the second half of 2021.

Were going to see the return of that mar-ket, he predicts. Theres going to be more confidence from mid-size companies now that the vaccines getting distributed. The elections behind us. I think well see it return to the level prior to Covid.

Institutional buyers are now willing to look at smaller buildings, notes Joel Deis, vice president and regional manager for Marcus & Millichap. Smaller investors used to choose multifamily because it offers a lower barrier to entry. Many of those have switched to industrial, which provides greater security in the current market.

Lenders have a lot of money available and are attracted to the tangible collateral of industrial investments. On the buyer side, low interest rates are creating many opportunities.

Theres a lot of pent-up demand, Deis says. When capitals available at two, three or four percent, youre going to see a lot of activity.