When Will Profitability Matter for This Generation’s Tech Boom Companies? 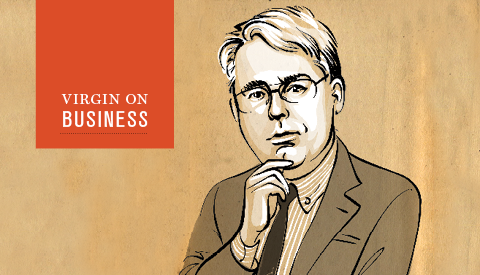 A lot of the companies of the dot-com boom didnt survive the dot-com bust, but some of the jargon did: B2B, B2C, P2P.

Of those, B2B and B2C still have widely understood definitions (business to business, business to consumer), but the third had to do double duty, standing for both peer-to-peer (as in networks that link people directly) and pathway to profitability.

Many of the departed dot-coms, including some that had visions of building peer-to-peer networks, had no pathway to profitability, which is why theyre gone. But the latter use of the term continues to have relevance maybe even more so today as we evaluate how the current tech boom plays out and which companies will still be around a decade and a half from now.

One of the arguments in support of the this time its different perspective is that this tech boom is driven by well-established companies with actual profits. Those businesses even have their own bit of jargon; theyre the FANG companies (Facebook, Amazon, Netflix, Google), sometimes rendered as FAANG to include Apple. Poor old profitable Microsoft gets left out of the cool-kids group.

Consider Tesla, the electric-car manufacturer that at one point this year had a market capitalization higher than a business with a slightly more established presence in automobile production Ford Motor Company. Heres an interesting line from the risk-factors section of Teslas most recent 10-Q: Servicing our indebtedness requires a significant amount of cash, and we may not have sufficient cash flow from our business to pay our substantial indebtedness.

Oh. Thats not a good thing, is it? Never mind. Lets try real-estate-related tech. Everyone knows housing is hot these days, so anything associated with it must be scorching, right?

We have incurred significant net operating losses in the past, says local company Zillow Group. Although we have experienced significant growth in revenue, our revenue growth rate may decline in the future as the result of a variety of factors, including the maturation of our business. At the same time, we also expect our costs to increase in future periods as we continue to expend substantial financial resources to develop and expand our business. … If we fail to continue to grow our revenue and overall business and to manage our expenses, we may incur significant losses in the future and not be able to maintain profitability.

Sigh. Lets try Redfin, which went public this year. From its S-1: We have a history of losses, and we may not achieve or maintain profitability in the future.

A certain amount of risk is to be expected in sectors like biotech, with its long development times and the high potential for failure in drug-treatment trials. With other companies, the idea is to grab up as much territory or market share as possible, losses be damned, in the hope that someone bigger with a whole wad of cabbage comes calling.

The dot-com boom busted when those underwriting the losses ran out of patience waiting for a pathway to profitability they finally realized was never going to materialize. The current tech boom will avoid the T2T (trail to tears) just so long as people keep believing theres a P2P just over the next hill.