Using That Instead of Who Dehumanizes the Workplace

"Words matter. Precise words matter precisely because humans have the ability and the responsibility to raise the bar on how well, how accurately they communicate." 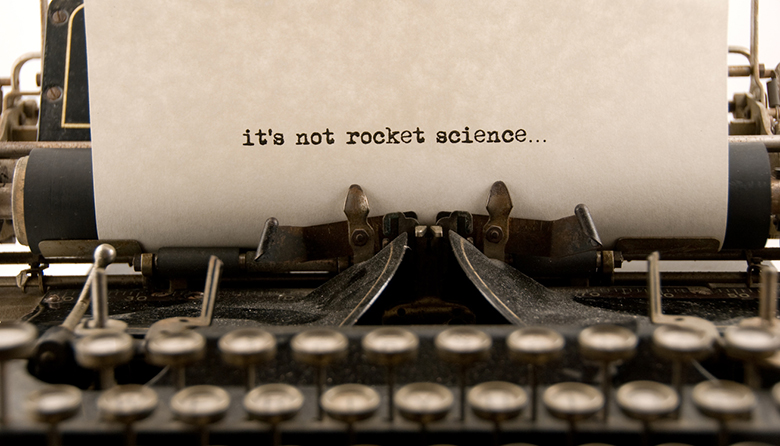 Take that! And please stop its widespread abuse. Only you can prevent the further impersonalization of the workplace by overusing the relative pronoun that.

How, exactly, did that come to replace who in everyday usage? Im not sure. But I have no doubt teachers must have stopped making a distinction between the two whenever if ever? they were teaching pronouns.

The memos of corporate America are rife with egregious examples. Anyone that wants to attend the brownbag lunch should contact Jennifer by EOD Tuesday. Our consultant Jason will be in the conference room at 10 to meet with employees that have signed up for the 401(k) plan. Our goal is to make things easier for people that do business with us. The 10 employees that have won a vacation to Barbados are … The CEOs that listen well tend to be more effective.

Really, people! You want to say who, not that.

Alas, a reverence for good grammar can be a curse. It shackles one to a rules-heavy regimen of noticing when others err and deciding on the fly whether to correct them or let them blunder ahead unenlightened. Most of the time, I let it slide. No one likes a know-it-all. But, as an editor, I improve grammar all the time. Its my job. As colleagues, supervisors, writers of news releases have foisted that upon me when they would have been better off using who, I have remained politely silent. Until now. I cannot let the vulgarians win.

Damn the consequences, I say! Its time to take a stand. Yes, I realize using that in the cases I cited earlier is technically not incorrect, according to grammar experts. But careful writers and lovers of precise language tend to agree it is an inelegant usage. Off key, if you will. Who confers humanity on the subjects being referred to. That does not. And the widespread use of that in business communication renders us all a little less human.

I dont think the world needs any more dehumanization right now. Do you? Whats wrong with ascribing to human beings the humanity they deserve? Words matter. Precise words matter precisely because humans have the ability and the responsibility to raise the bar on how well, how accurately they communicate.

Of course, Ill elicit eye rolls with this column. Some will ask if this is even a battle worth fighting.

Valid question. As language and usage evolve, it becomes difficult, even foolish, for sticklers like me to insist on adherence to a technicality that isnt even a rule. But we purists give in far too often. Some beliefs are worth fighting for.

One of them is the conviction that corporate America has a duty to recognize the humanity of its workforce. The best way to accomplish that is to do as Amazon did in October when it announced it would raise its minimum wage in the United States to $15 an hour, effective November 1. (The minimum wage should be higher, but thats another column, another time.)

If youre already paying your people well, and youre already providing decent benefits, and you have free beer in the fridge and ping-pong tables on every floor, why not make your language match your largess?

Consideration goes a long way, especially when you use language that acknowledges your people as, well, people. Instead of using relative pronouns that suggest theyre no different from a desk, a chair or a ping-pong table, use words that give them dignity, a sense of worth, a feeling that they belong.

Even if you cant afford to raise their wages, you might raise their self-esteem. Because words are worth a lot.

JOHN LEVESQUE is the managing editor of Seattle Business magazine. Reach him at john.levesque@tigeroak.com.