Here's to the business of building community. 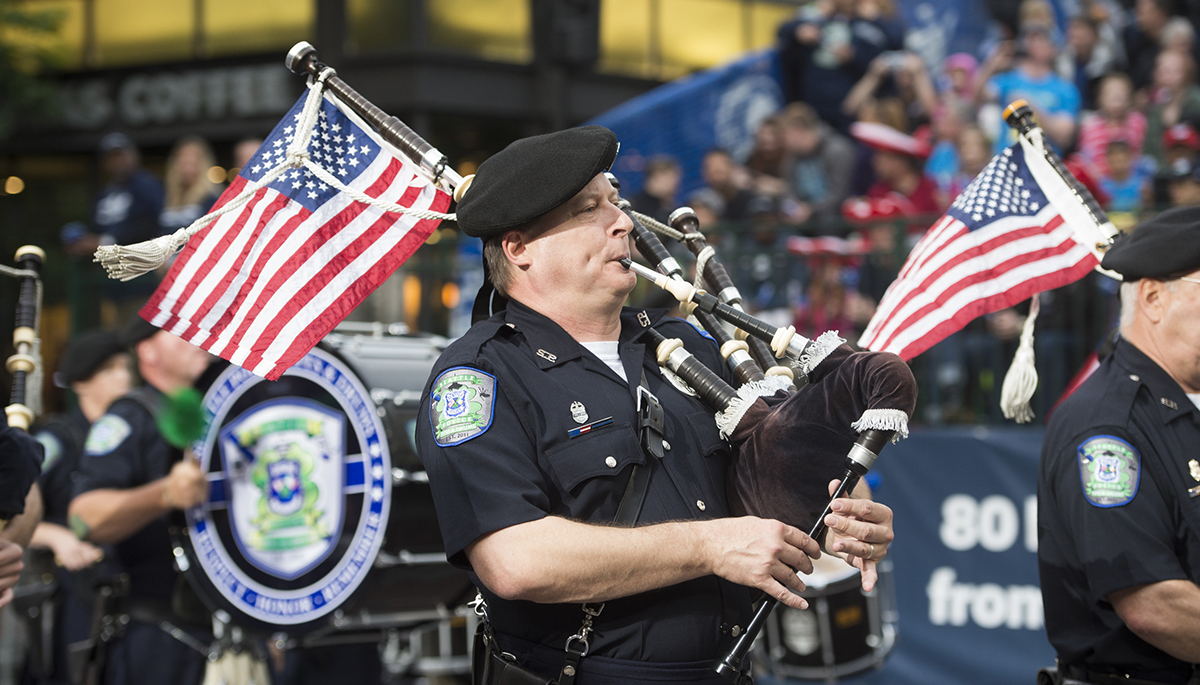 Great communities have impressive traditions. In Seattle, where Seafair just put its 69th edition to bed, the tradition is doing just fine.

I will confess that Seafair and I havent had much of a relationship in recent years. When we were new to Seattle, nearly 30 years ago, my wife, Anne, and I would eagerly await the Seafair Torchlight Parade. It used to take place on a Friday night, when the jaded office workers would leave town early and the rest of us reserved our curbside spots hours in advance.

Roll ahead 10 or 15 years and, well, Seafair had gotten a little tired. So tired that even a sponsorship infusion from Red Bull wouldnt have helped. Parade floats were old and tattered. The effort was lackluster. The thing seemed stale.

Lamentably, the relationship was on life support. And then Anne got the bright idea to drag her sister, Beth, and Beths daughter, Kyrie, both visiting from New England, to this years Torchlight Parade. My initial reaction was something like, Couldnt we all just have root canals, honey?

Well, you could have knocked me over with a bubble (from one of the bubble shooters sold by Torchlight Parade vendors). This years parade was OK. OK, it was quite good. True, I still dont get why drill teams for young women exist. But lets consider them necessary contemplative spacers between, say, a splendid Marine Corps brass band and a goofy float carrying the facsimile of an enormous Idaho potato.

In the span of a few hours on a Saturday night, my cynicism melted into a puddle of amusement and contentment. People were having a blast. Kids gaped. Parents laughed. Seattles new police chief broke ranks and came to the sidewalk to hug people in the crowd.

How special. How heartwarming, given the tenor of our times.

And how forceful a reminder that things like the parade require thousands of hours of preparation and logistical support most of it by thousands of volunteers. So, thanks for the memories, Seafair people. Anne and Beth and Kyrie and I had a lovely time.

But lets not forget that Seafair, while technically a nonprofit, is an ongoing business enterprise. It was started in 1950 by the Seattle business community, whose leaders felt the city needed a summertime spectacle to attract tourists. In those days, Seattle had no professional sports teams, no Space Needle, no Bumbershoot, no Art Fair. The mission then, as now, was to connect and celebrate the community spirit of the Greater Seattle area.

As easy as it is to say it wants to celebrate community, the tiny Seafair organization knows its a struggle to persuade cynics like me that its a worthwhile endeavor year in and year out, especially seven decades into a tradition that requires an occasional refresh. So, lets give the eye rolls a break and support the idea of bringing people together for no other reason than to have fun. And maybe spend some money while theyre in town.

Lets salute the concept of community.

Or else we risk becoming a community of eye-rolling, cranky cynics.

One of us, Im sure, is all we need anyway.

None would probably be better.

John Levesque is the managing editor of Seattle Business magazine. Reach him at john.levesque@tigeroak.com.