How Can the Seattle Area Create a Better Environment for Nurturing Startups?

Editor Leslie Helm on stoking the star-maker machinery in Seattle. 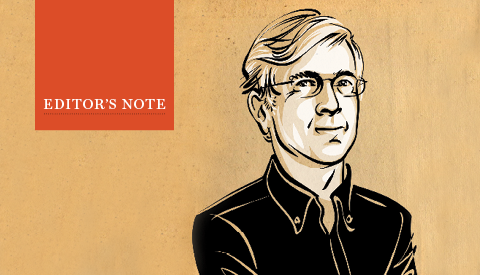 In a dark night sky with a good telescope, you can see not far from the Big Dipper the spiral bands of M51. Extending across hundreds of light years and encompassing the mass of a million suns, this galaxy exhibits the perfect conditions for giving birth to new stars. One X-ray image taken by NASAs Hubble Space Telescope showed 600 young stars.

Here on Earth, when it comes to giving birth to technology stars, Silicon Valley is overwhelmingly the most productive region. One organization alone, Mountain View-based Y Combinator, selects, mentors and finances a hundred companies a year. Among the superstars in its galaxy are such luminaries as Airbnb and Dropbox.

Over the decades, many scholars have studied Silicon Valley and have concluded that the regions complex combination of attributes would be difficult to replicate anywhere else in the world.

If there is one region that might have a chance, however, it could be Seattle. But it would require a significant change in our culture.

Seattle has produced such corporate supernovas as Starbucks, Costco and Amazon.com by focusing single-mindedly on the consumer. But the dominance of large employers, including such stalwarts as Microsoft and Boeing, has nurtured among residents here a preference for employment with large, stable businesses.

That might explain this paradox: While Seattle saw the biggest growth in software-related job postings in the country during the past five years, according to Glassdoor, and is rated tops in the country for the quality of its talent, we dont do so well in launching new startups. Seattle-based PitchBook, which closely follows startup formation, rates our regions venture ecosystem second tier because it falls so sharply below fifth-place Los Angeles. To be sure, while the region doesnt attract very many startups, says a PitchBook report, the Seattle area punches above its weight when it comes to producing successful venture-backed businesses.

Apptio and Impinj recently launched successful public offerings, and several other strong companies, including PayScale and Redfin, are waiting in the wings. SmartSheet, Qumulo, Outreach and Echodyne each raised substantial late-stage investments in the second quarter and may be headed in the same direction.

Even so, our performance remains far below similar-size cities such as Boston. If we want our economy to remain strong over the long term and not overly dependent on Amazon its important that we do everything we can to build a culture that encourages new startups.

Its unlikely well ever have a dynamo like Y-Combinator in our region, but efforts are underway to improve the conditions that give rise to new startups.

Startup formation will also benefit from the flood of young people who have moved here. Many of them seem far more eager than their elders to try their hands at building new companies, so this new generation may very well help shape our galaxy into a culture that can send new startups out into the universe the way M51 does new stars.

LESLIE HELM is Executive Editor of Seattle Business magazine. Reach him at leslie.helm@tigeroak.com.