Does Anyone Really Understand Blockchain?

Does it even matter? 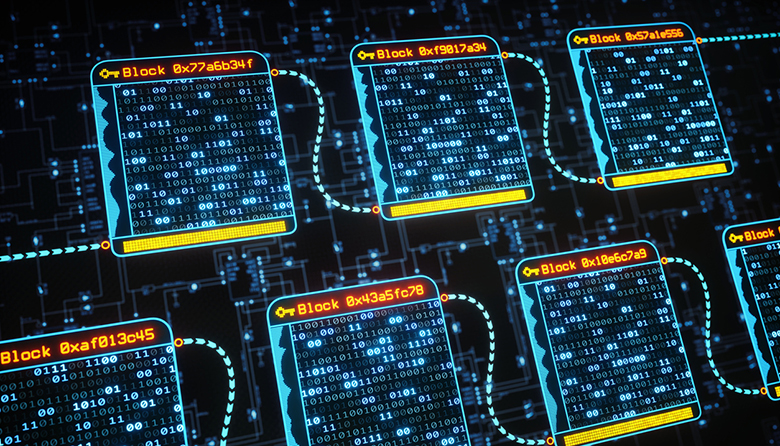 This article appears in print in the October 2018 issue. Click here for a free subscription.

For those of you hoping to get into the emerging technologies of artificial intelligence, the internet of things or big data, or at least relieve eager investors of money they were planning to throw at them, we have some sad news. Youre too late.

But if youre moping because you didnt even have time to memorize the jargon, much less craft it into a business plan to attract the attention of those lured by whatever is the next big, bright, shiny thing, cheer up. Theres always a next big thing. And we know what it is.

It doesnt matter whether you know what blockchain is, much less how it works or what its supposed to do. Most of those touting its virtues dont, either. What matters is concocting some sort of story with a veneer of plausibility as to how you plan to meld blockchain technology with whatever youre already doing and then enthusiastically marketing that story.

For the record, blockchain is a digital, distributed record-keeping system for transactions, one that is (in theory) secure, speedy and resistant to tampering or forgery.

To the extent people have heard of blockchain, its through cryptocurrencies like bitcoin that use the technology for recording creation and sales. But blockchain is spreading like a western wildfire in September. In recent weeks, articles and news releases reference the use of blockchain for verifying the source of coffee-bean shipments, for a system of purchasing streaming video and for tracking shipping containers.

Some of these ideas might actually pan out, proving blockchain to be a useful technology. Some will attract attention and investment dollars, only to be found out as one more example of an overhyped cure-all that costs far more and achieves far less than promised. Some will be revealed as outright frauds.

But such is the way of all emerging, supposedly transformational technologies, which is one of the cautionary notes to be sounded about blockchain. Whether it was railroads in the 19th century, radio in the 1920s, electronics and computers in the 50s and 60s, e-commerce in the late 90s or artificial intelligence now, even those technologies that lived up to at least some of the advance billing had their moments and instances of false starts, setbacks and flameouts.

Blockchain specifically has a lot to live up to, especially with its claims of security. Declaring a technology impregnable to criminal activity is as much an act of hubris as declaring the Titanic unsinkable and theres an iceberg out there with blockchains name on it. We already know that cryptocurrencies can be lost or stolen. If the cybermiscreants havent yet rewritten or forged a blockchain ledger, its only because they havent gotten around to it. As the use of blockchain spreads, so will the attacks on it.

Even getting it to widespread application as a working, practical technology will take time, money, experimentation and organization. Whos going to write the standards and protocols that will make blockchain usable and useful? Will it be a universal system, or done by sector? Who monitors and polices it?

That uncertainty wont keep promoters, some of whom dont know blockchain from a block and tackle, from touting it as the next cant-miss, problem-solving, wealth-creating technology. Maybe in a decade or so, blockchain will be so ubiquitous as to be unremarkable. Or perhaps well take a moment from evaluating the wondrous tech fad of the hour to muse, Whatever happened to that whole blockchain thing?