One of Lake Union's most well-traveled vessels, pictured here in the year 1950. 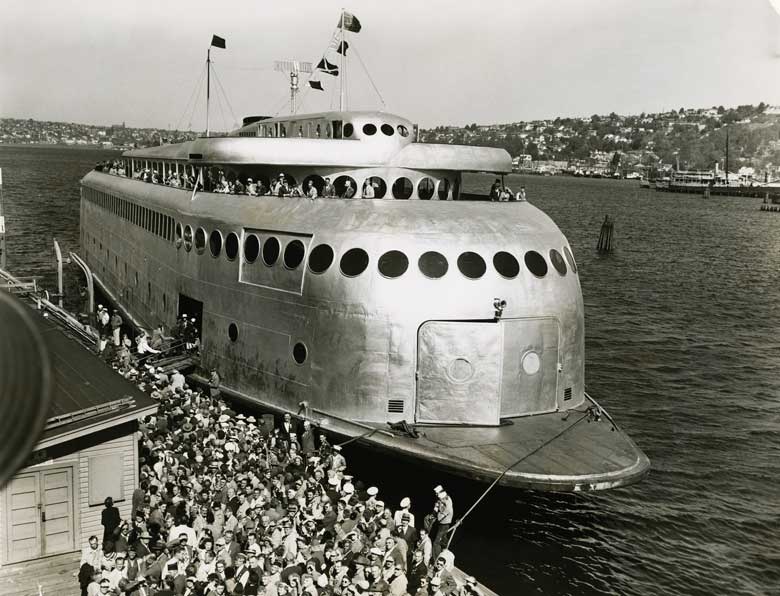 Looking like a prop from a sci-fi movie, the MV Kalakala plied Puget Sound for 32 years, carrying an estimated 30 million passengers and motor vehicles between Seattle and Bremerton for the Puget Sound Navigation Company (1935-51) and Washington State Ferries (1951-67).

Launched as the ferry Peralta in 1926, the vessel originally sailed between Oakland and San Francisco. It was nearly destroyed by fire in 1933.

Alexander Peabody, president of the Puget Sound Navigation Company, bought the hull for $10, towed it to Seattle and completely rebuilt it in a streamlined, art-deco style complete with aluminum paint. After being retired by Washington State Ferries, Kalakala Chinook for flying bird became a floating fish processor in Alaska, then a grounded cannery on Kodiak Island.

In recent years, efforts by different owners to restore the vessel failed to gather momentum, and the Kalakala was finally scrapped in 2015.

Have an idea for a past experience topic or photo? Email sbeditor@tigeroak.com.