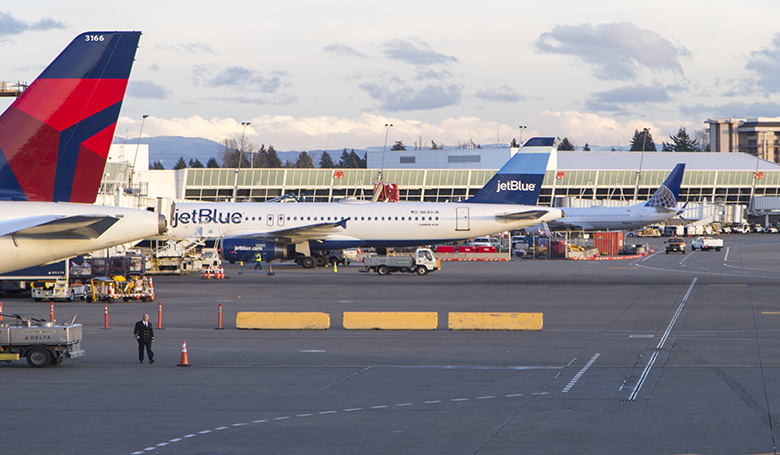 The first step toward creating a new airport in Washington that could rival Sea-Tac International Airport was taken with little fanfare this past May, with the enactment of state legislation that puts into motion planning for development of a major new airport facility.

Its a move necessary to address the serious, accelerating capacity issues at land-locked Sea-Tac, which is now the eight busiest U.S. airport. The new law, which has received scant press coverage, calls for the creation of a 15-member commission that would determine where to site a new commercial airport that will be operational by 2040, according to a summary of the legislation.

This is not a study, says Washington state Sen. Karen Keiser, a Democrat who represents the 33rd District, which encompasses parts of Burien, Normandy Park, SeaTac, Kent and Des Moines. Were not doing any more studies. This is a decision-making process that is laid out in legislation.

Wherever the new airport winds up, it wont be in King County, Keiser adds.

[Sea-Tac Airport] has the smallest acreage of any international airport in the country, and it cannot expand further, says Keiser, who co-sponsored the legislation. And we just dont have the capacity in King County to build it.

Sea-Tac Airport last year served nearly 50 million passengers and accommodated 432,315 metric tons of air cargo, according to the Port of Seattle, which oversees the airport. A Port of Seattle study projects that the total annual passenger count will reach 66 million by 2034, though that projection, based on 2013 data, likely underestimates the growth.

Well, were actually at 100% capacity now, Keiser says. It takes 15 to 20 years to fully implement another aviation facility with all of the elements that need to fall into place for it to be financed and built.

And we dont have 15 to 20 years, she adds. Were going to have an air-traffic jam if we don’t get underway very quickly.

Keiser notes that the solution could be a build-out of a current airport, a new airport or a series of different aviation facilities, maybe one dedicated to air cargo those are all possibilities.

Keiser adds that several potential locations outside of King County could work, including in Western Washington, and theres a couple of options in Eastern Washington.

Funding for the new airport facility, she says, likely will come from a combination of federal, state and local sources.

The commission will include representatives from a number of stakeholder groups, including the business community.

We have a specified in the bill that there must be representatives from the aviation industry, from the freight industry and from various elements of the business community, Keiser says. So, theyre at the table. I don’t think we could make a decent decision without having their insights.

Keiser adds that the commissions recommendations must be submitted to the transportation committees of both houses of the Legislature, and at that point it will be incumbent on the committees, working with the executive branch, to take it to the next level, which she says likely will involve enabling legislation.

This has really huge future economic consequences for our state, Keiser concludes, because a thriving economy depends on accessible, efficient commercial aviation.